Lucia Jang wrote a book: The Stars Between the Sun and Moon. In this book she tells the readers how she escaped from the dangerous regime of North Korea. I decided to interview her due to release of her book.

Can you describe what freedom means to you?

To me, freedom is the most basic and fundamental human right that everyone should be entitled to. It is crucial that we work together as an international community to help the people of North Korea gain this basic right.

Your book ‘The Stars Between the Sun and Moon/ De sterren tussen zon en maan’ was just released (in the Netherlands). How did people react on this book?

I have never been to the Netherlands, so it’s difficult for me to answer this question as to how people there reacted to my book. However, I hope that my story can raise awareness about the situation in North Korea, the human rights abuses that go on in my country, the difficulty of being a woman in North Korean society, and the daily struggles of the North Korean people.

Can you tell our readers where you got your inspiration to write this book and what can readers learn from your book?

My inspiration were my children. I wrote this book so that when they are grown up, they are able to read my book and understand the hardships that I have gone through with them to be here today. As a mentioned above, I hope that the readers can learn and educate themselves about the horrific situation in North Korea and help raise awareness about North Korea within their country and even among their own friends and family. I hope that readers can understand and sympathize, through reading my book, with North Koreans who live without any freedoms or even basic human rights.

You were in an abusive relationship. What would you like to tell women who are now in the same situation?

I would like to tell the women to never give up and that you are not alone. I know very well how difficult it is, but try your best to overcome the situation and be courageous and strong.

What was your drive to escape North-Korea (with your children)? And how did you experience living under the regime by Kim II-Sung and Kim Jong-III?

The main reason I decided to leave North Korea was to escape poverty and starvation. My family at the time, along with most of the people in North Korea, were suffering from a food shortage. If I wanted myself and my child to survive, I had to leave the country. Living under the regime was mainly an experience of hunger, poverty, and surveillance.

You were honoured at the 3rd annual Human Rights Film Festival hosted by Jayu. How did you feel? And how did people react on your documentary?

I felt very honoured and also happy to be able to raise awareness about the situation in Human Rights situation in North Korea. The audience, after watching the documentary, was in disbelief and many asked me whether what happened was really true. I think it was hard for them to process in their minds that human rights abuses to this extreme was still happening today in the modern century.

The Stars Between the Sun and Moon/ De sterren tussen zon en maan’ is available by Uitgeverij de Fontein!

13 thoughts on “Interview with Lucia Jang” 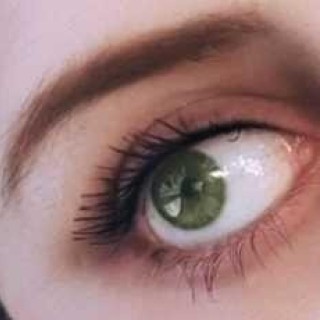